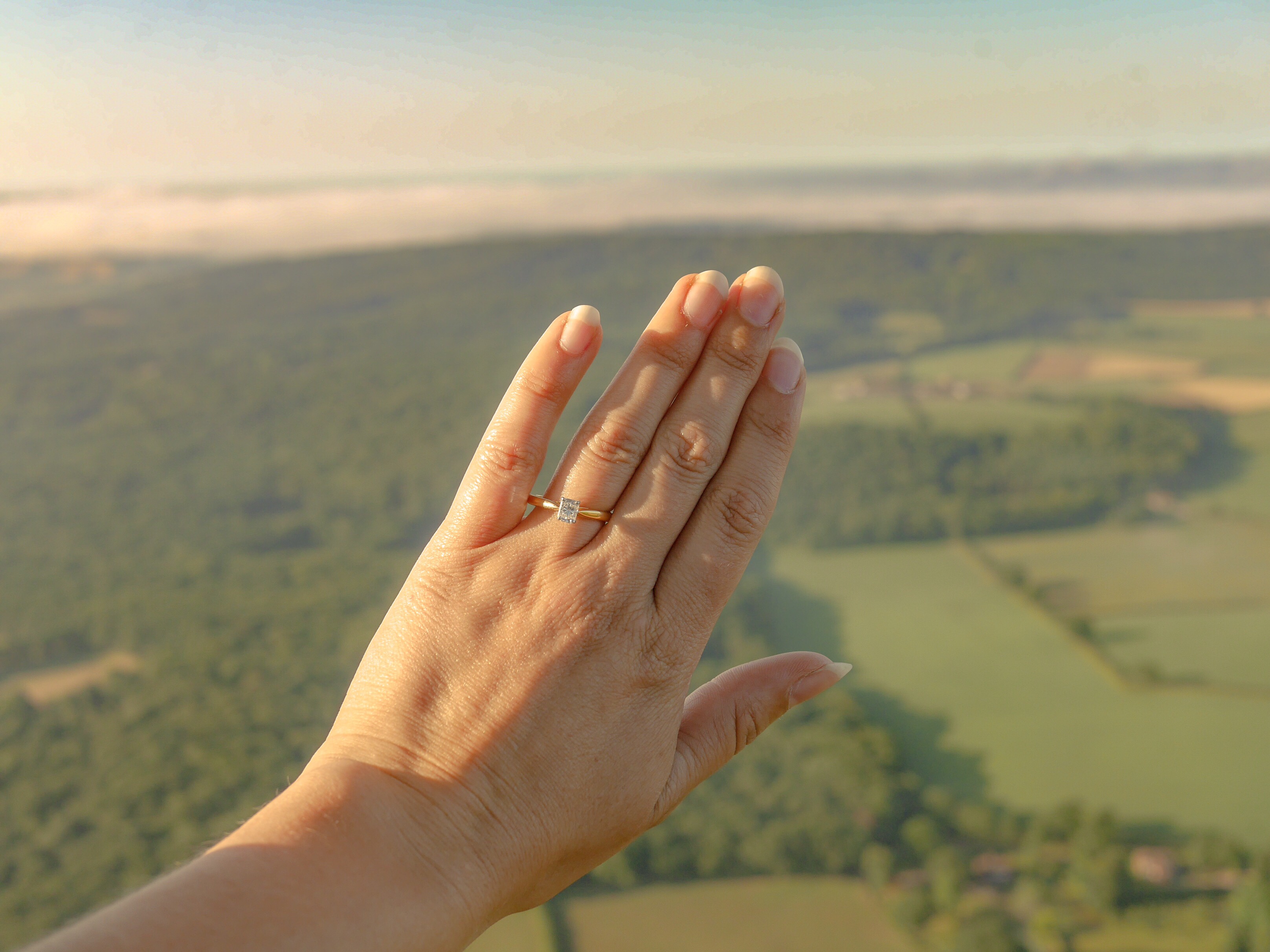 Almost immediately after I posted my sparkly engagement news on Instagram I was astounded by the amount of likes and lovely comments of congratulations that came flooding in. The picture has proven to be my most liked picture since joining the Instagram community. Therefore I want to start by saying thank you to all of you for your support, I really appreciate it.

It is with a grateful and happy heart, I write this post to share with you how Chris proposed, (despite the tears that are filling my eyes).

Since moving in to our cottage, every year we have attempted a flight at the village’s charity hot air balloon festival which takes place in September in aid of the charity Chestnut Tree House. Despite our attempts to get up in the air the weather had never been on our side on the day, and as such we had not managed to get up in the air.

This year Chris and I gave up on holding out for the hot air balloon festival in September, and re booked for July.  The weather leading up to our flight had been glorious, however just before we were due to go up the weather again took a turn for the worse and with this came storms. Three weeks passed and we were rescheduled for Saturday 4th August which was also postponed due to windy conditions. Then finally 6 am the following morning we went across to the other side of the village green and waited while the balloon was set up for flight.

It was a perfect morning as there was a light mist which created for a very atmospheric setting. 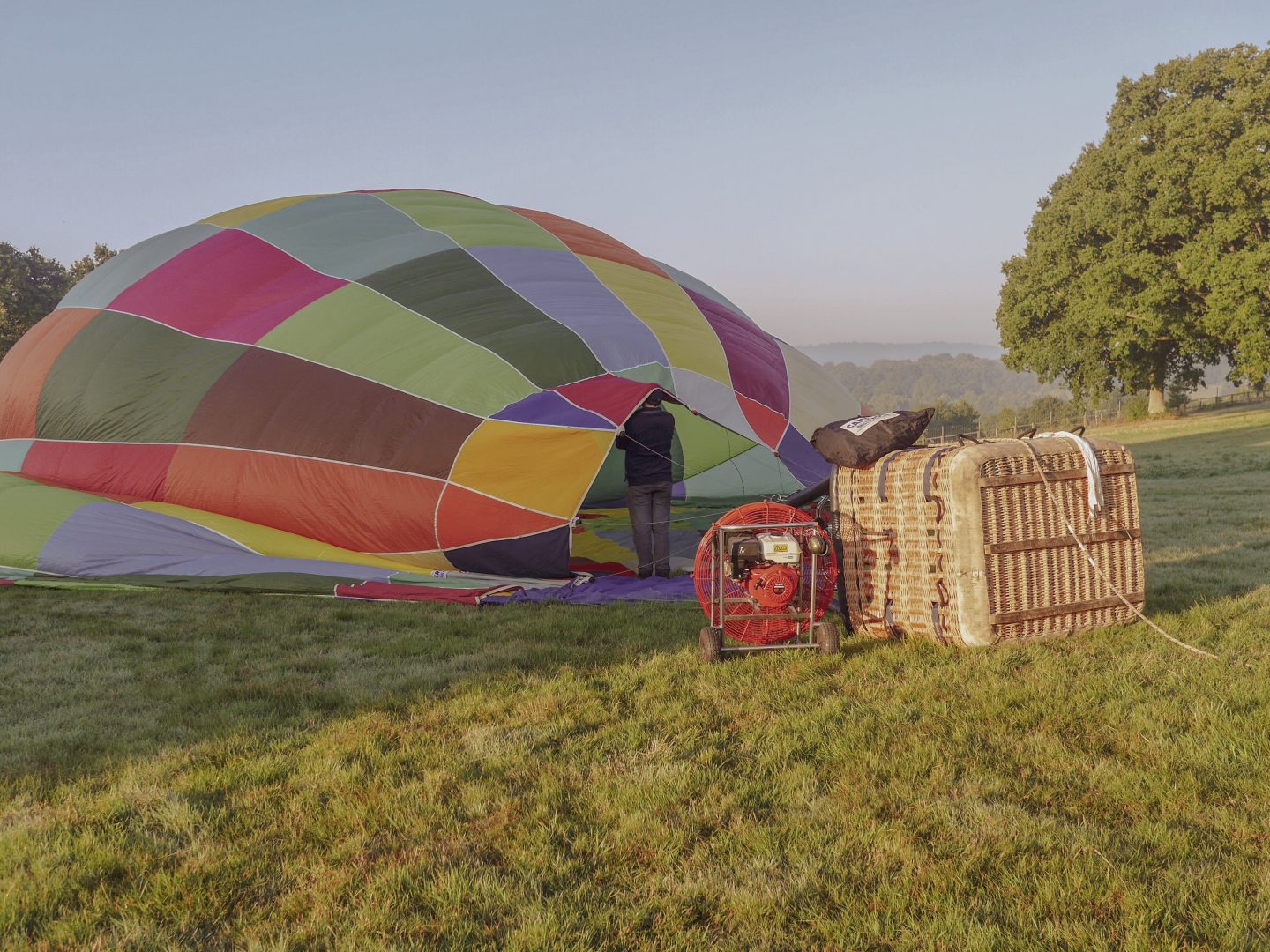 The moon still present in the sky. 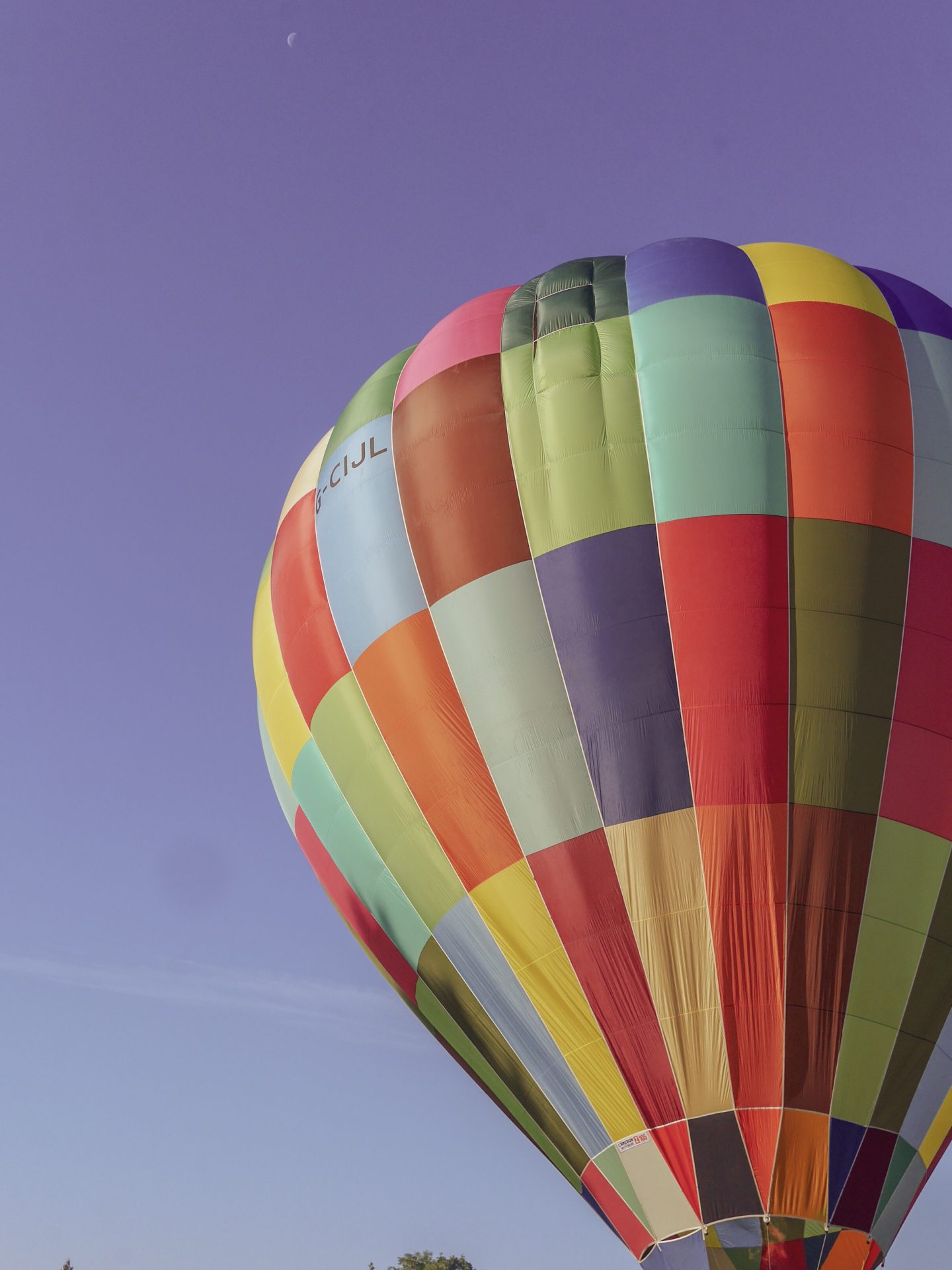 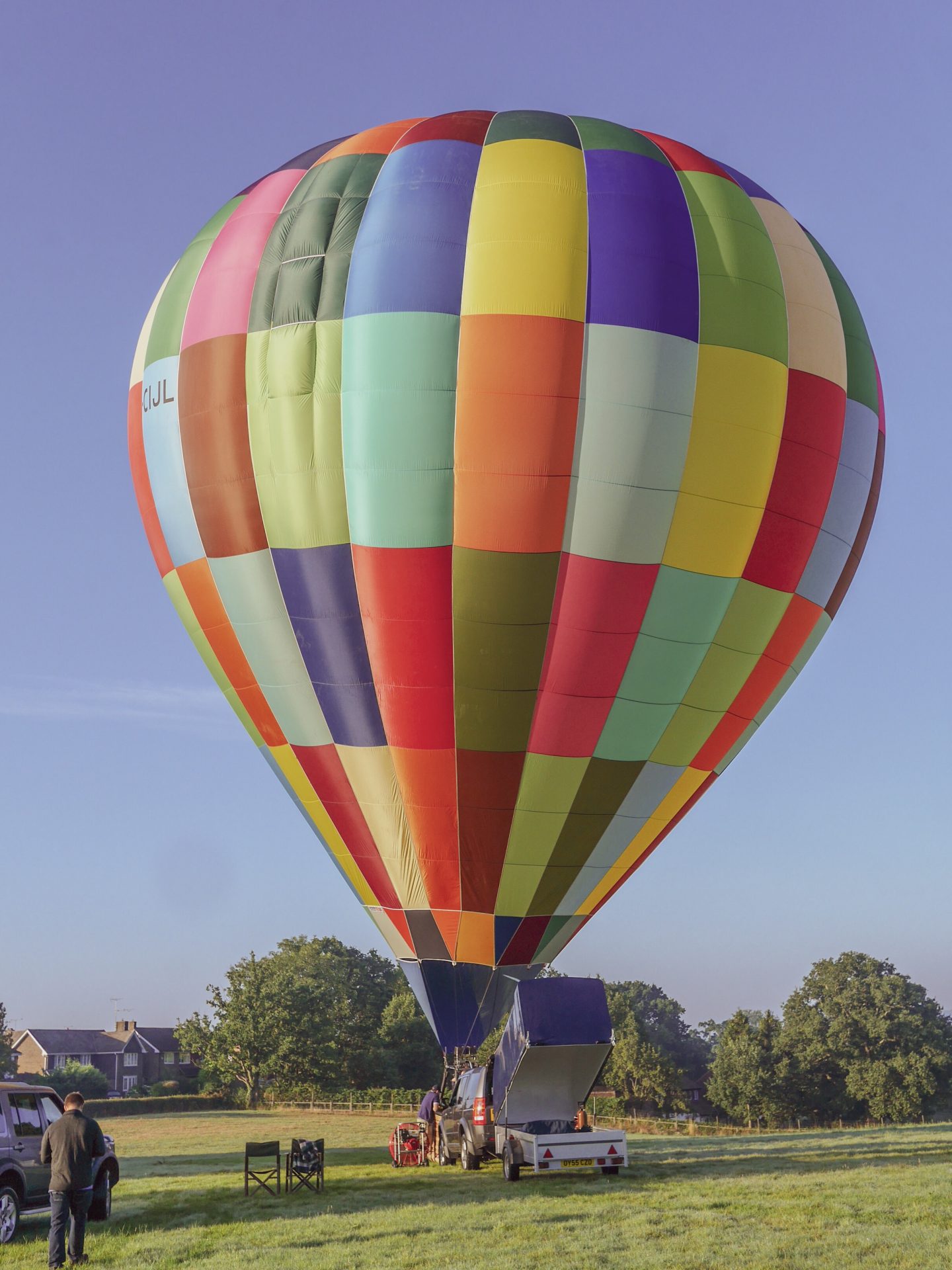 The views looking back across the village to the church high up on it’s hill were quite something. We even managed to capture a brief glimpse at the cottage nestled among the much bigger houses. 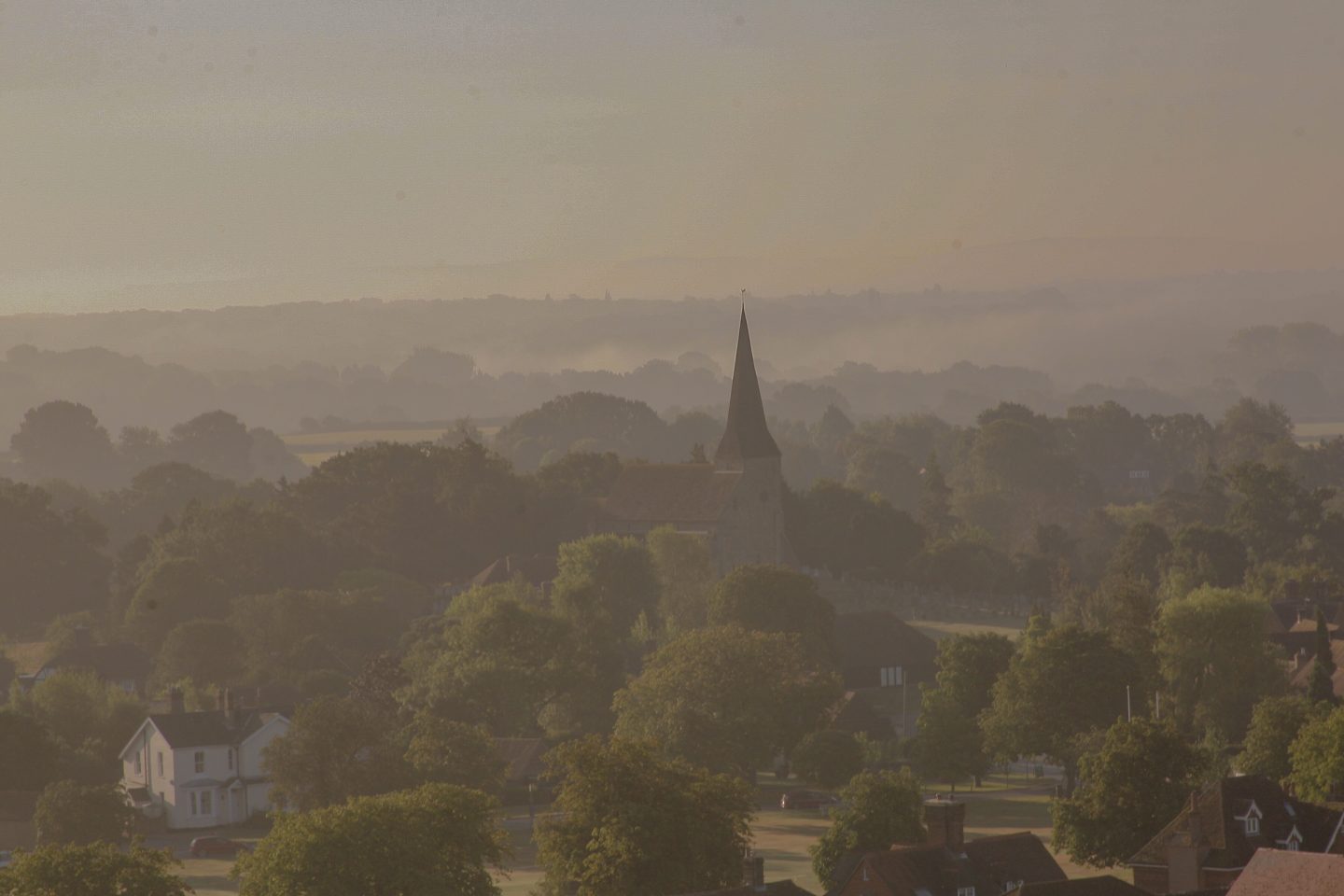 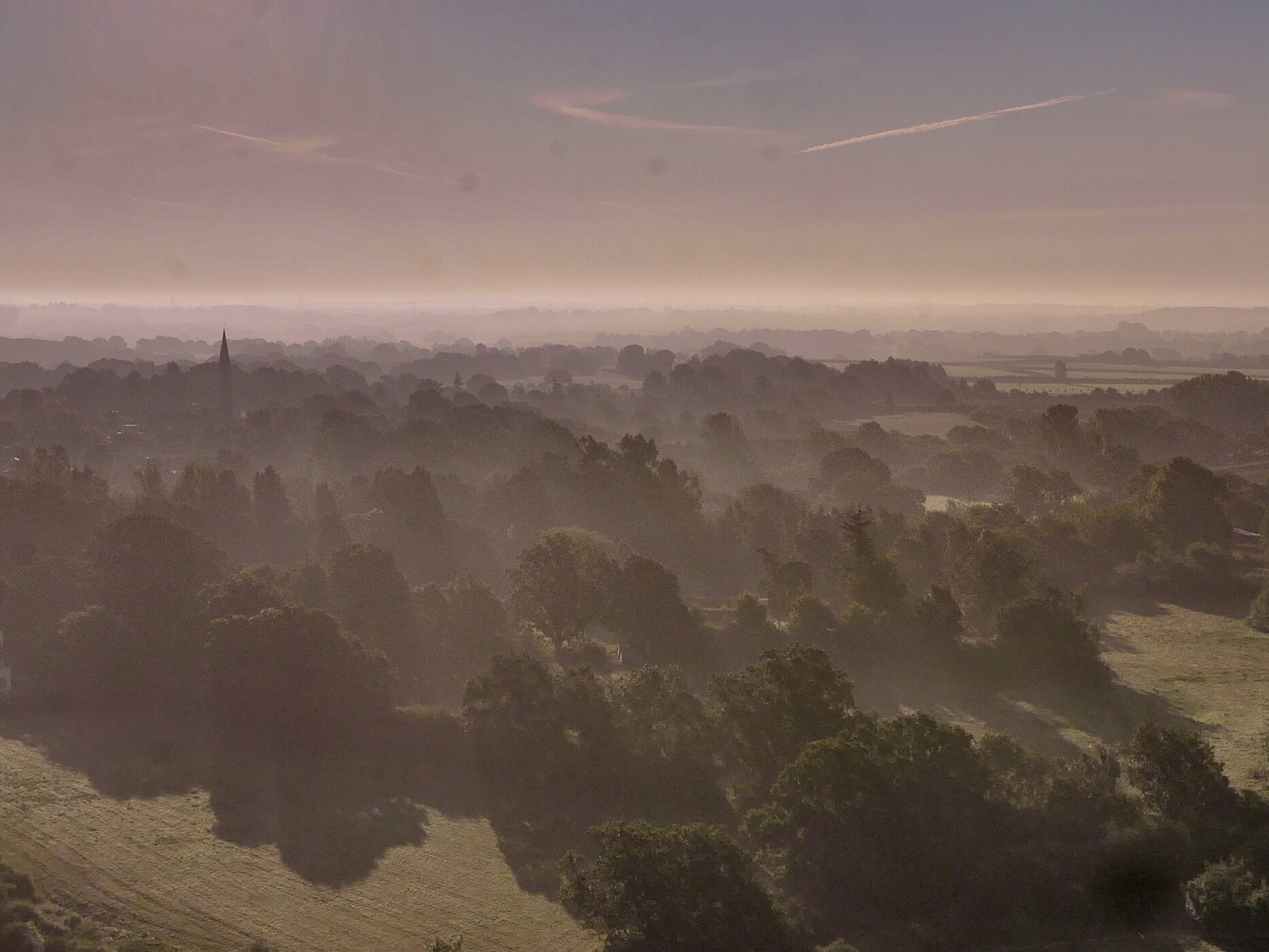 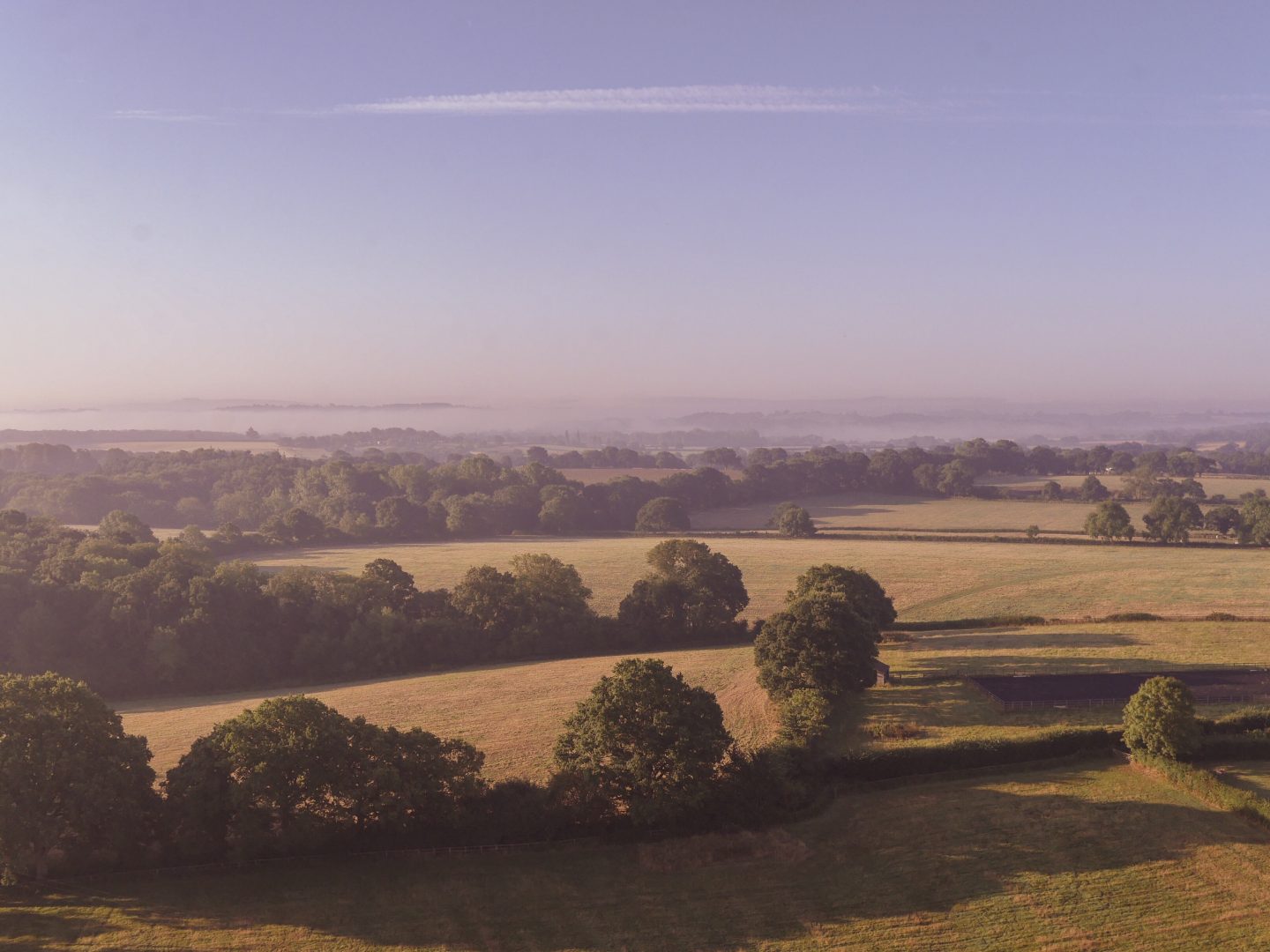 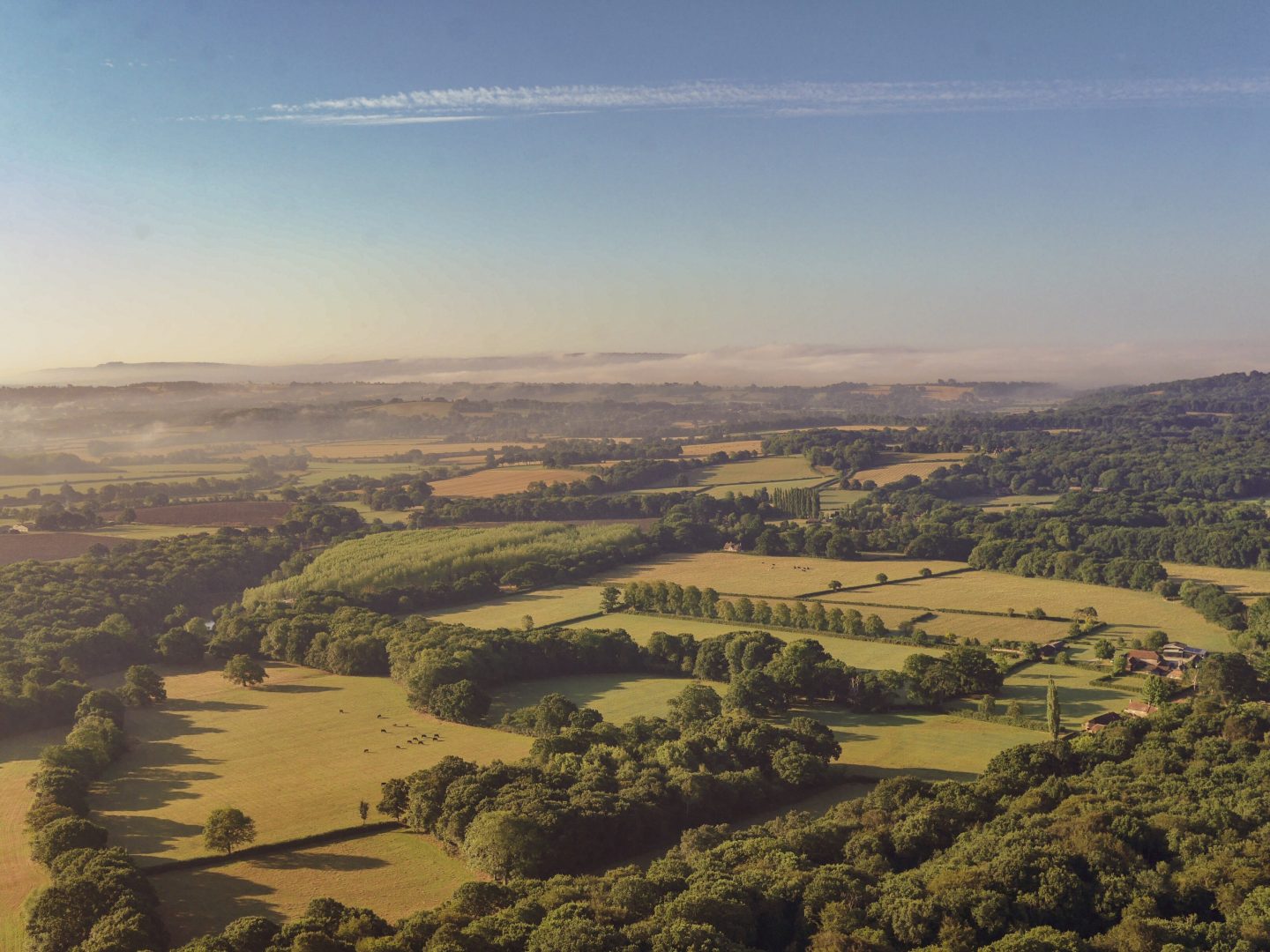 30 minutes or so in to the flight with just Chris myself and our pilot Alex, floating in the clouds somewhere in between our cottage and one of our most loved places Petworth Park, he went down on one knee (whilst fighting for room amongst my cameras and the fuel cylinders in each corner of the basket). This was the moment I had longed for, for so long, knowing he was “the one” from the first time we meet on 13th September 2013. 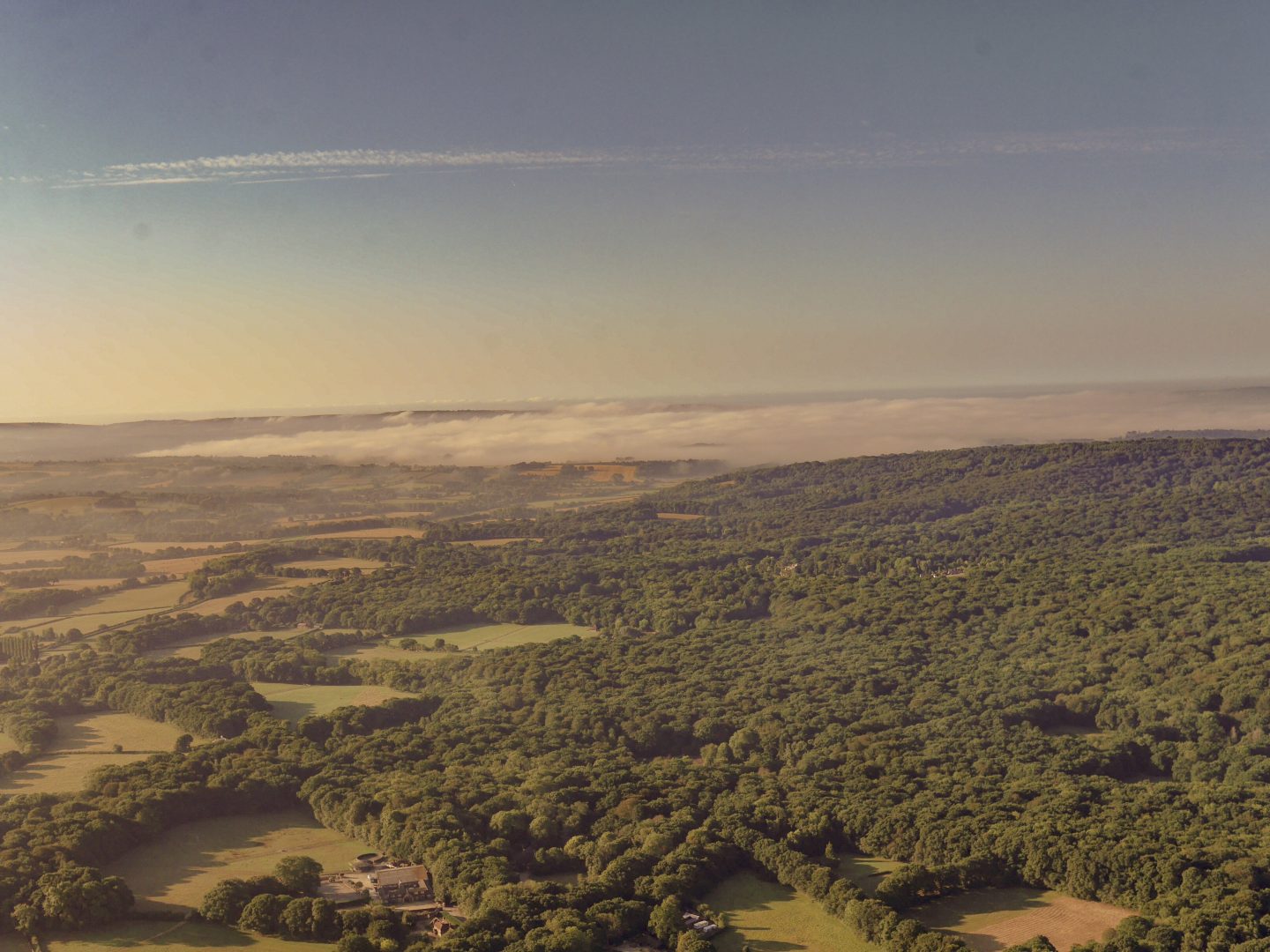 Inside I was a joyous crying mess, however I am not sure that I fully conveyed this on the outside, or to the camera that had been recording the entire thing!

Over the radio it rang out that “she said yes” and we embraced each other tightly, as we thought of our future together.

As we began our decline over the fields to where we would land, leaping along blissfully by the stream that lined the field were a pair of deer. I like to think this was a good omen. 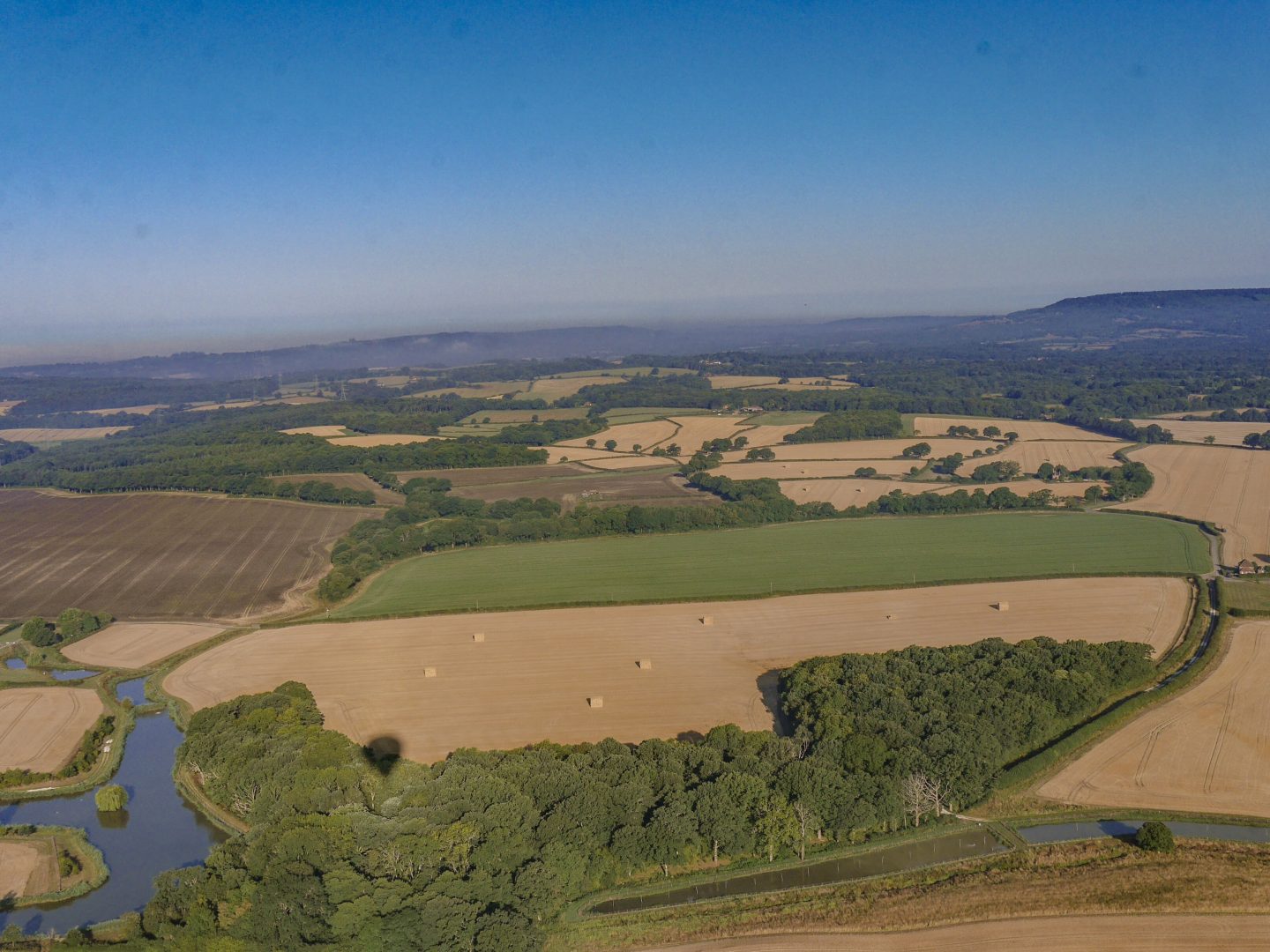 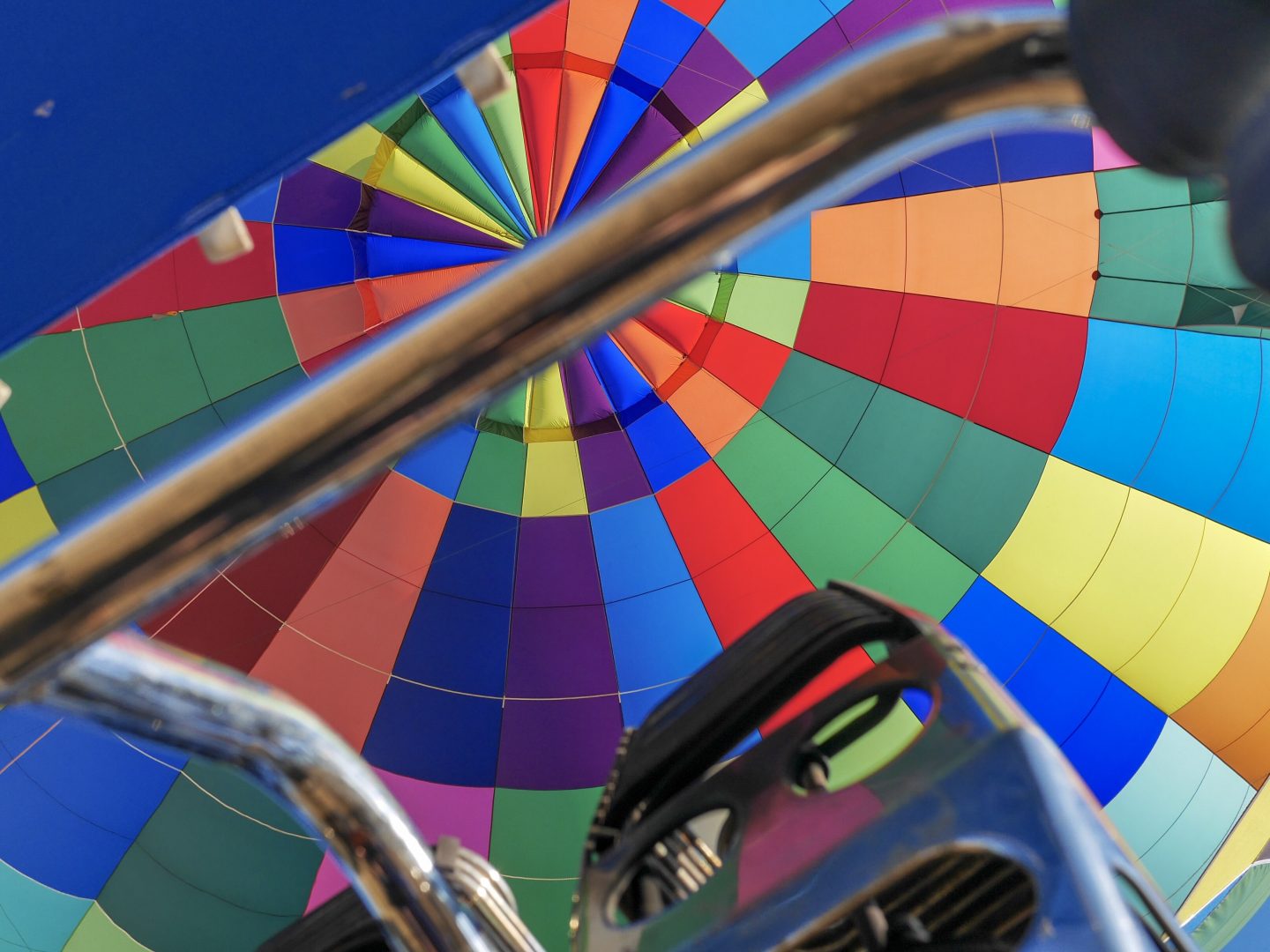 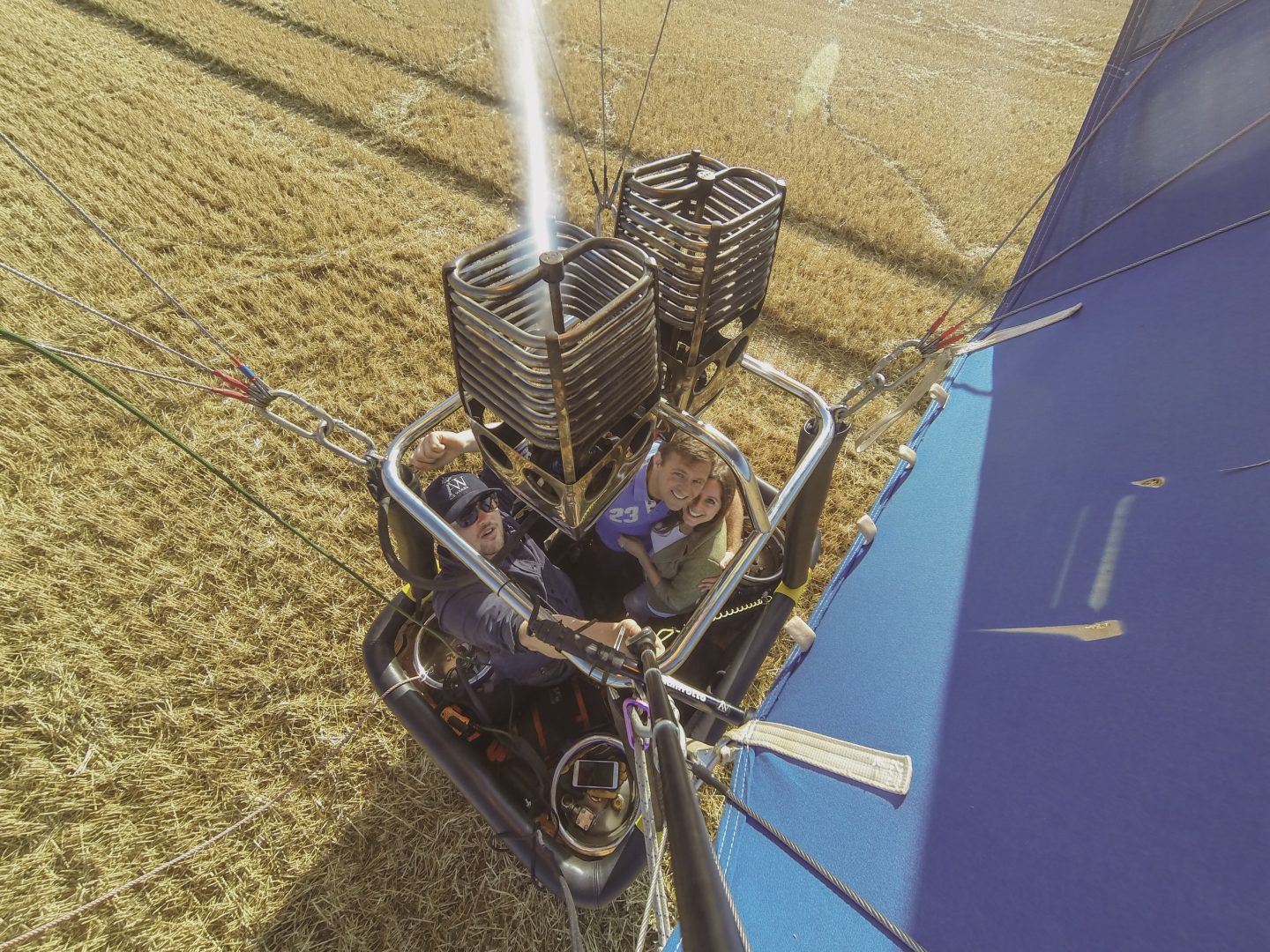 Upon landing in the farmers freshly cut field we were soon greeted with cheers and champagne by the wonderful team at Airworks Worldwide who had seen us safely up in the air, all the while knowing what was to come. 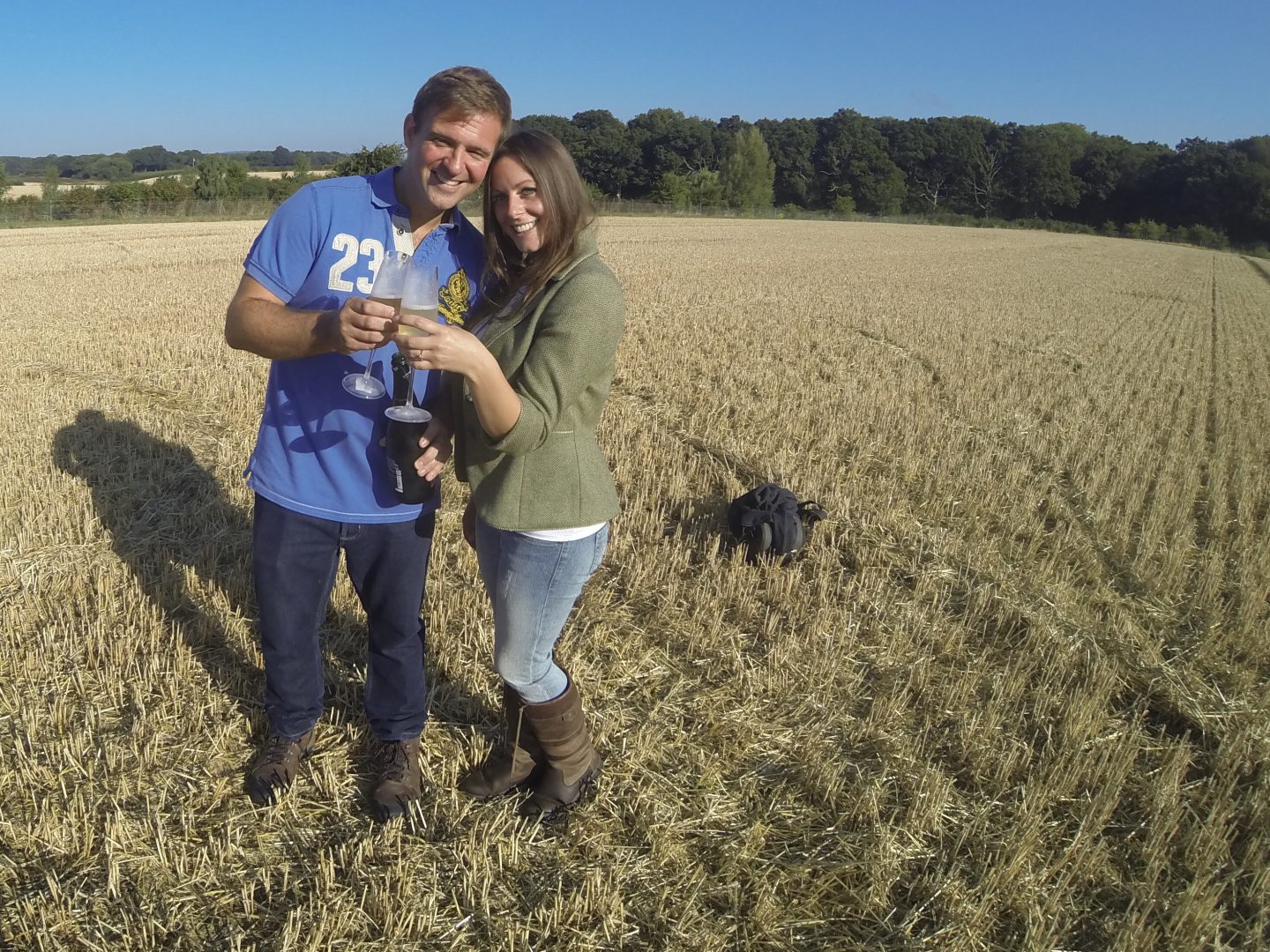 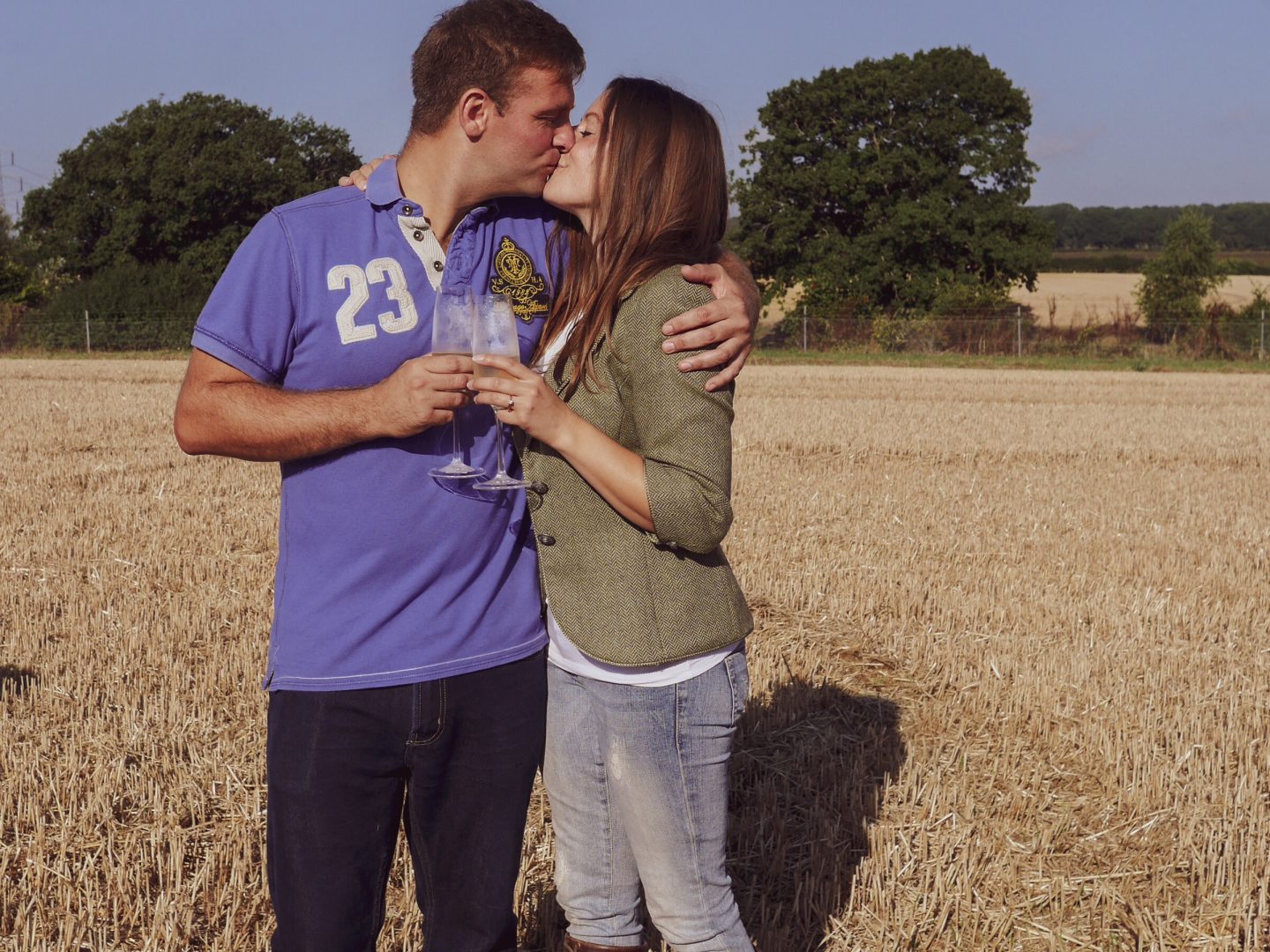 Driving back to the cottage to collect the dogs before making our way over to my mother’s to tend to the horses, suddenly the gathering at my mothers the night before made sense; Chris had organised for family and a few friends to join us for a celebratory dinner and drinks had the Saturday flight gone to plan!

Despite Chris Saturday plans not working out, there were a few smiling faces awaiting us when we arrived and more turned up throughout the afternoon to celebrate with us over bubbles. There was one very special lady missing though. My Grandmother, the first person I would have ever told had she still been with us.

This is where my tears come. Chris’s proposal was even more special and meaningful to me, as he had included my Grandmother in his plans before she passed away suddenly last October. As not only was the flight the last gift my Grandmother ever gave me in one of her many moments of generosity; Chris had also taken her a couple of months before she passed away to see the ring and get her approval and input on his final choice.