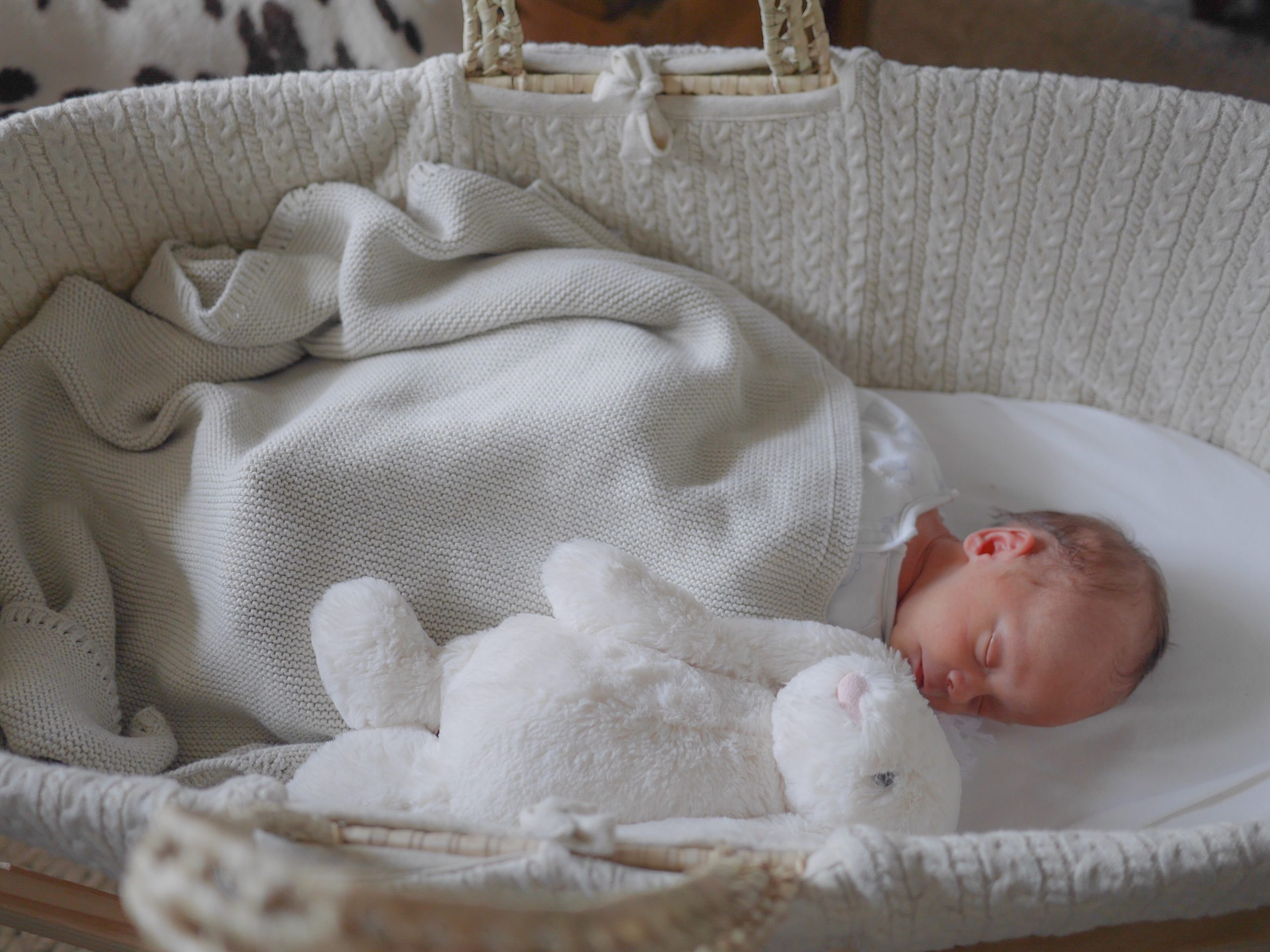 Throughout my pregnancy I never really focused too much on an exact due date, preferring to refer to a due month instead. However, Rupert’s original due date was today the 9th March 2020, the day before my own Birthday. I loved that we would share the same birth month and possibly star sign. To mark the occasion six weeks on from his birth, I thought today was as good a day as any to share with you his birth story.

So here it is, a positive birth story whereby nothing quite went to plan!

From the moment we found out we were expecting, intuition told me we would have a baby boy, it also led me to believe that he would arrive ahead of schedule. I thought that this would be by a few days or perhaps a week; Rupert on the other hand thought differently and made his entry in to the world six weeks sooner than we expected.

In the last weekend of my pregnancy while I was at the horses I had extreme Braxton hicks contractions, they literally stopped me in my tracks. My Mother who was next to me at the time told me to take things easy as this is how things had started for her when she was carrying my sister. I thought nothing more of it at the time.

48 hours later on the morning of the 28th January I noticed I had lost my mucus plug. I was concerned as I had read that this normally means pregnancy is progressing. Not being able to get hold of my midwife (she never did call me back after my persistent texts and voicemails), I called the hospital triage for reassurance. I was somewhat reassured that this did not necessarily mean things were progressing, yet in the back of my mind thought to myself that our little person was getting ready to make an early appearance. I went out that afternoon with my Mother, we took a trip to M&S for a coffee and a light lunch while picking up some newborn baby clothes as I realised we only had clothes in size 0-3 months.

Later that evening at almost 8pm, while Chris was out at the gym I had a wave of feeling overwhelmingly tired. Shiva was sleeping in front of the fire and I decided to snuggle up and join her. I could have only been asleep for 20 minutes before I woke to a trickle. Immediately I suspected this to have been my waters breaking. I was 34 weeks + 1 days.

Getting up from the lovely Shiva snuggles, I started making the required calls, my Mother to asked if she could come and collect the dogs, the hospital and to Chris. Making these calls was far from easy as both my mobile and the landline decided to stop working for what seemed like forever but was in fact probably only ten minutes.

Whilst most people would stay put during early labour, as I was carrying GBS it was important for me to get to hospital ASAP to make sure I got the dose of antibiotics needed to help protect our baby from infection. I started to finish packing the hospital bag I had begun packing the day before (the day before when I still thought I had plenty of time and that I was being super organised packing).

When Chris walked through the door he was greeted by two confused dogs and a frantic wife attempting to complete what was supposed to be a highly organised hospital bag. I thrust my hospital bag checklist in to his hands asking him to help tick off what was packed and left to be packed.

When my Mother arrived the three of us continued to pack my bag. All the while both my Mother and Chris saying, Emma this is not important you need to get yourself to the hospital. In my mind having nice shampoo, shower gel and hairdryer to refresh after giving birth was important, as was having my lavender oil and defuser, amongst other items I would not actually get around to using. Looking back I think I was in denial that things had started so early and I was using this time packing to come to terms with what was actually happening. As frantic as I was coming across I felt strangely calm on the inside.

Eventually Chris and my Mother managed to get me into the car. We reached the top of the drive and I thought I had forgotten my extremely well thought out Birth Plan; we stopped the car and Chris started routing around for what he thought I was looking for; very pleased with himself he presented me with my purple maternity notes folder. I shot him a look of disapproval and rummaged in the bags (yes bags, somehow I had ended up with three)! and located my birth plan. We then began the 40 minute drive to Chichester hospital.

It was once we had arrived at the hospital and entered the labour ward that my birth plan went out the window. After dreaming of a home birth from the start, I made the decision later down the line that due to the risk of our little person contracting Group B Strep for which I was a carrier, I settled on the MLU. I wanted a hands off water birth with lots of low lighting, soothing sounds, and most importantly, freedom of movement and as few interventions as possible. As the below visual version of my birth plan demonstrates.

Yet this was not to be, I never saw the MLU as I was immediately taken to a room on the labour ward where I met the first of the midwives I would see throughout my 13.5 hour labour. It was a couple of hours before I was moved to the delivery suit which was kept very quiet, dark and calm. During those two hours prior to the move I was wired up for CTG monitoring, induced, started on the antibiotics (having the IV was my biggest fear as I hate needles, in the end this was not a bother), given a shot of steroids in my bum to help our baby’s lungs, which at 34 weeks were not yet fully developed. The steroids I was told would initially hurt but wear off after 30 minutes. The ache came back with vengeance hours later. I was also told that I would have to give birth on the bed on my back, I would not have a water birth or any freedom of movement, so my natural no interventions birth plan was not going so well for me. Oh and lastly there would be no snacking, this worried me as how was I to keep my energy levels up without being able to eat?

With my IV in tow we were walked around to the NICU where we were told our baby would come imediatly after birth. I was tired and didn’t take much in at this point. I just remember the NICU being dimly light and seeing as kind looking nurse siting feeding a baby in a quiet nursery environment.

What was going well for me was that all the hours of hypnobirthing practice I had put in paid off as for a solid 8 hours I breathed my way through surges without any pain relief, despite the midwife continually asking if I wanted some. After a few hours the MW said just ask if you change your mind. I was doing so well everyone kept saying. There was a digital clock and I remember looking at it constantly thinking how slow time was going. Eventually the birds started singing outside.

Chris was great, however he been attempting to get some sleep since we had arrived for which I was denying him. After all I was unable to sleep so why the hell should he be able to. I was going to make him live through every single second of this with me!

At the 8 hour mark and at 8cm dialated I decided to give gas and air a go. At first I hardly touched it, then as labour progressed it became my comfort blanket and I was clinging to it.

After being on the happy gas for a few hours, I was finding the surges too much and succumbed to the idea of having the epidural. The anaesthetist came in and wanted to explain the procedure to me, I on the other hand did not wish to spend time on discussing the matter and asked that it simply got done.

I remained calm and reasonable throughout labour until a medical student appeared at the door and introduced herself. In between surges and having to let go of my grip on the gas and air, I very firmly pointed her to the door; my birth plan clearly stated no medical students and now at the active stage of labour I was miffed that one had appeared. Whilst I fully appreciate that everyone has to learn, they could learn on someone more open to their presence.

At this stage I felt the after effects of my steroid jab, as with every push I felt a pain in my arse literally.

I wanted to breath Rupert out, however his heart rate was dropping resulting in more effort being required. I was told that I might need an episiotomy in order to get him out if on the next push he was not here, I was cut and after one more push I birthed Rupert at 14:03.

We delayed cord clamping and Chris cut the cord, Rupert was handed to me while this was done all the while happy tears streamed down my face and he was whisked away to the NICU.

Even though I only managed a few ticks offs on my birth plan, I do feel really positive and happy with my birth experience (despite me saying to Chris towards the end we would be adopting the next)! I was worried about going through labour and what to expect but in the end I trusted my body and baby to know what they had to do, and as soon as Rupert joined us in the outside world all was forgotten and I knew I would do it all over again in an heartbeat.

Summer, the midwife who was with me until the end was fantastic her calm and quiet persona helped me to have a positive experience, but mostly I put my positive birth experience down to the skills and knowledge gained from the hypnobirthing course we did with The Wise Hippo.

Later when I asked why Rupert may have come early I was not given a reason, however I suspect that Group B Strep was behind Rupert’s early arrival. I would encourage all pregnant women to get tested for this infection.

Due to the amount of antibiotics I received during labour and later Rupert also recieving, I started taking probiotics to build us both back up after the antibiotics stripping us of both good and bad bacteria. I took these.