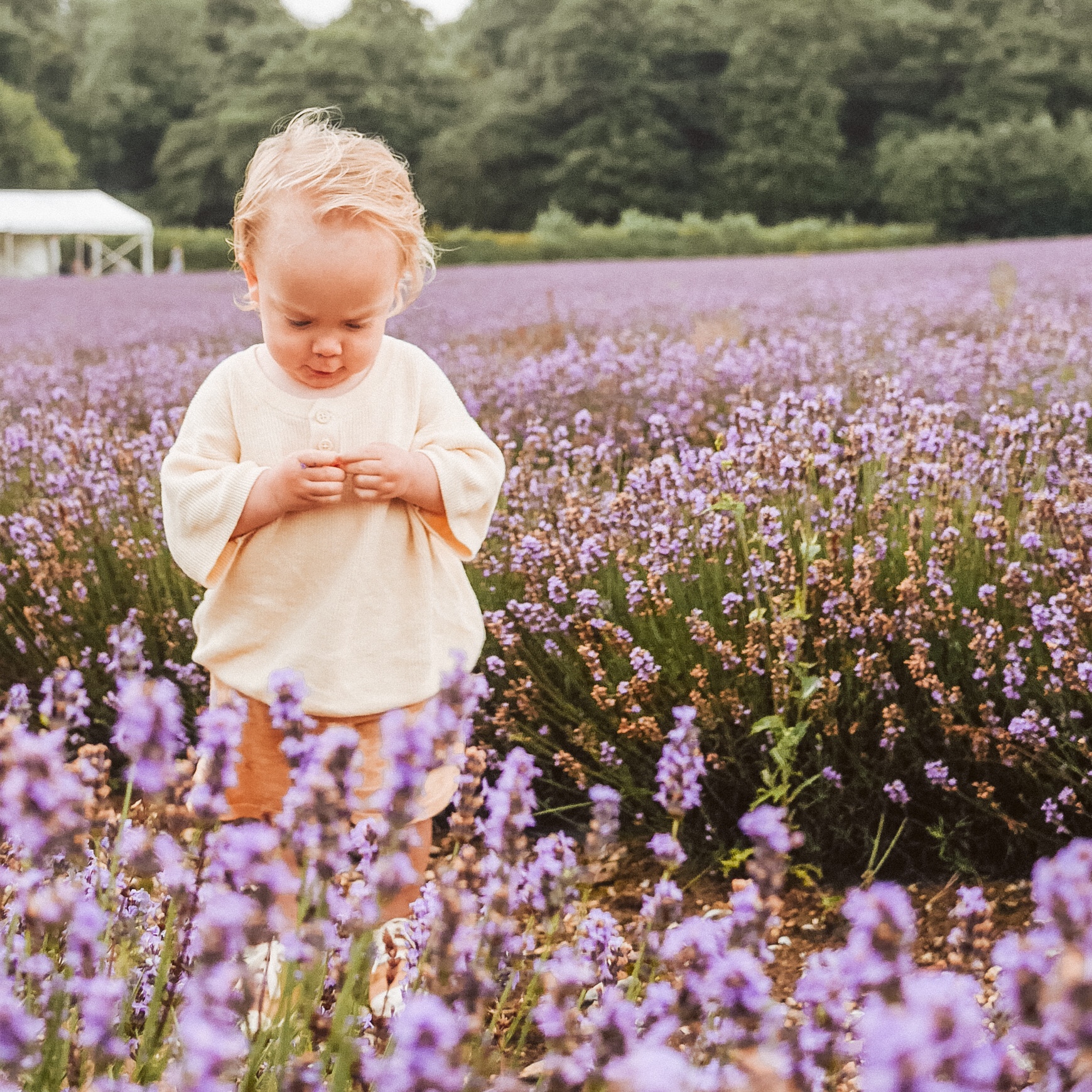 This week I booked tickets for an evening at Castle Farm Lavender Fields with my Mum, Dad, sister Hannah and Rupert, where we would spend a couple of fragrant hours picnicking in a field of lavender nestled in the Kent countryside.

The sun had been blisteringly hot all day, and as we packed ourselves and our picnic in the car.

With sunny Sussex behind us we approached Kent where we would meet my Dad, it was at this time we began to question if rather than our summer attire, we should have perhaps dressed in jeans, wellies and raincoats, as well as packed a tent. The sky in front of us was sombre and getting gloomier by the minute, until the only light was that of the occasional strike of lightning!

Pulling off of the motorway we started to amble along the narrowing and now flooding country roads.

With the windows slightly ajar, we smelt the unmistakable floral aroma of lavender before we saw it, and within a few minutes we had reached Castle Farm, by which point the rain was lashing down.

When we stopped at the end of the long sweeping drive of Castle Farm to chat to the friendly parking attendant, with whom we raised more than a smile when asked if we were there for the lavender walk or picnic and I said “the picnic”. Being British we are used to ever changing weather, so why ever should torrential rain put a stop to a picnic?! I had in fact packed a waterproof picnic blanket which would now come in useful.

We parked up and waited ten or so minutes in the hope the rain may get lighter or perhaps by a miracle clear up. We exchanged knowing glances with others doing the same.

Realising that the weather was clearly going to be against us, my Mum and Dad went over to secure a space for us in one of the tents supplied by the farm, come rain or shine. My lovely fringed Riviera styled canopy would have to sit this picnic out and stay tucked away in the car thing.

Stepping out on to the sodden, and muddy lavender field in my most loved tan suede shoes, praying that they would not be ruined by this outing, I began to inhale deeply and suddenly despite the wet and unplanned for weather I felt my shoulders begin to relax as my senses were soothed by taking in the calming perfume of lavender.

My Dad was more prepared than us girls and had packed two fold away seats, setting these up while my mother had placed the waterproof picnic blanket in a position which, according to her was the driest part of the tent, we all thought differently as the blanket almost swam away in a puddle. Funny enough no one else chose to sit on the blanket other than my mother.

Thankfully after 30 minutes or so the rain became lighter until it stopped altogether and we were treated to some magnificent sunset colours across the lavender.

The colours were almost ever changing in the evening light.

After we had eaten our way through the picnic, (or in my case, had a couple of mouthfuls before Rupert was eagerly dragging me out to explore), we sauntered out in the field to immerse ourselves in the perfectly lined rows of lavender.

Always one to take his time to stop and smell the flowers, Rupert enjoyed inhaling the lavender.

Rubbing the lavender between my fingers, I encouraged Rupert to smell the blissful aroma, he then went around doing the same and pulling his “sniffing face” in the process.

To this day, I’m not sure where he picked up his sniffing face from, as I’m pretty sure I don’t do this when I smell flowers!

We walked to the top of the field to get the best view of the surrounding Kent countryside. Once Rupert spotted the cows we walked to his constant mooing.

Should you ever get the chance to visit a lavender field of an evening it’s a magical sight. The only thing I missed (aside from a drier start), was the buzzing of the busy bees, perhaps that had more to do with the rain though!

The bell rang and it was time to pack up and head back to Sussex.

As we began to walk away a faint rainbow appeared in the distance.

For more lavender scented posts, why not come for a scroll and a stroll with me through the fields at Lordington, Mayfield or Cotswold Lavender.

Although we could not outwit the English weather during our trip to Castle Farm, we embraced it by taking our own weather to the picnic, resulting in a memorable evening.