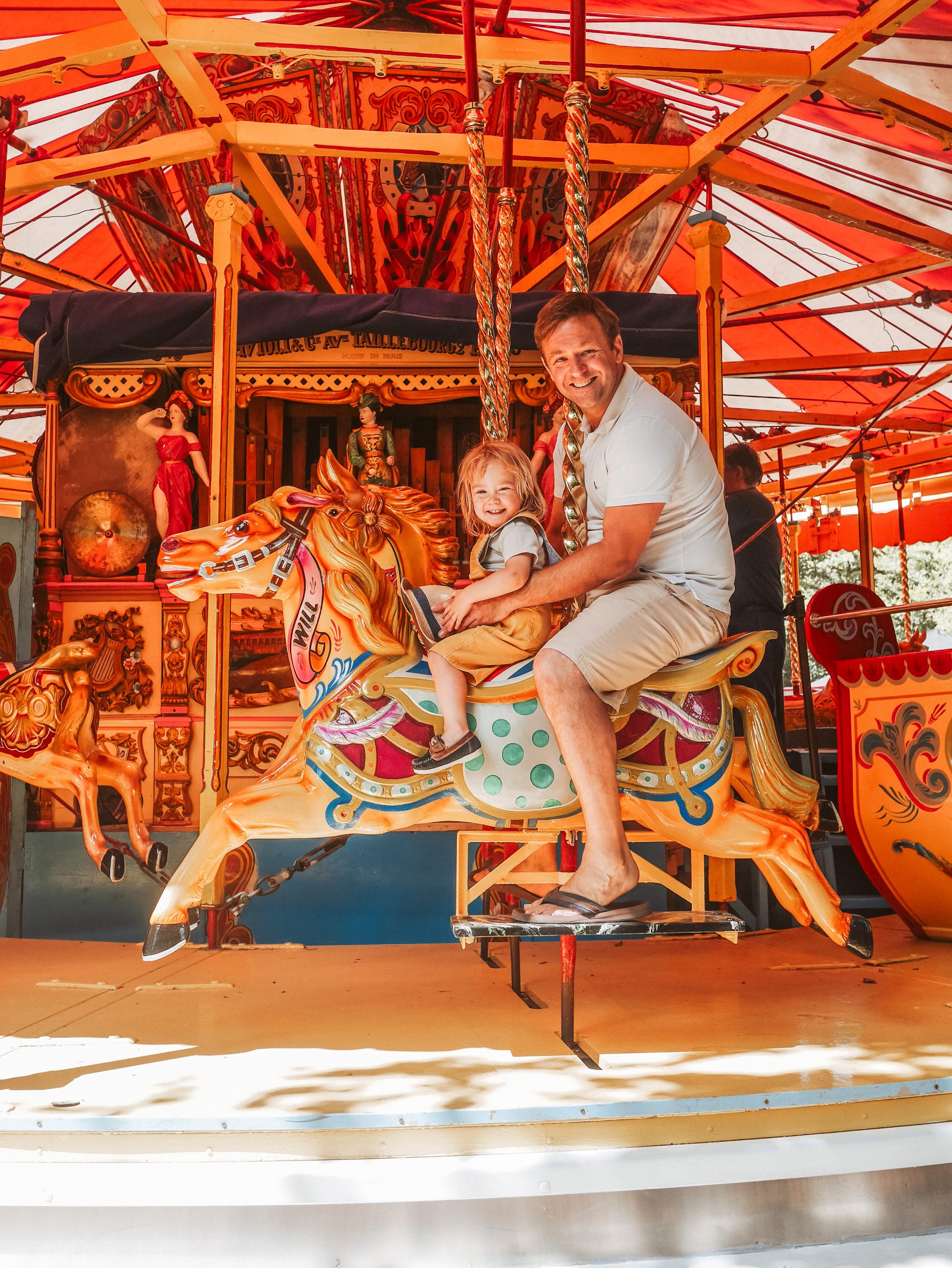 Although too young to remember it, my parents have fond memories of a summers day spent with my sister Hannah and I as little girls at Hollycombe Steam in the Country.

Hollycombe is a working steam museum based in Liphook, Hampshire. The museum is a not-for-profit educational charity, run by volunteers from ages 12 to 80, and much of the collection at Hollycombe is of National importance.

For a good number of months now I have been eagerly checking their website and awaiting the day that Hollycombe would reopen its doors to the public, as I knew it would be a place that would fascinate Rupert who has an interest in all things related to machinery.

After a short drive from home we turned off of the main road and took the lane leading up to Hollycombe, I must admit I did question at this point quite where we would end up as we passed through a rather run down industrial estate, however after a few minutes we pulled up into a field where we parked up for the afternoon. It was a lot quieter than I had expected it to be, especially being the school holidays.

I was looking forward to seeing what Rupert would make of the authentic steam-driven Victorian and Edwardian fairground rides, and stepping on to the fairground site he was immediately keen to hop on the Golden Gallopers. The previous Sunday we had attended the Gold Cup Polo at Cowdray where he had ridden the carousel there which he had loved and he climbed on to the gallopers with excitement, however this carousel played much louder music and he was by far closer to it, this unsettled at first but once it got going this was soon forgotten.

After his ride on the carousel we took our picnic into the gardens and found a nice shady spot to settle down to eat.

Close to where we sat was a disused pond housing an ornamental crocodile which Rupert thought was great fun and climbed in to say hello, he had filled his pockets with cherry tomatoes which I had been enjoying, I thought these were for him as he also likes them yet these were soon fed to the crocodile. I did mention to him as I saw my tomatoes being thrown around that I didn’t think crocodiles liked tomatoes and preferred their meals a little meatier!

With the food all eaten, Rupert and Chris played about doing roly-polies down the small hill we were sat on top of while Darcie and I relaxed over her feed.

Once we had packed away our picnic we moved on to take a ride on the quarry railway, trailer ride and the miniature garden railway and Rupert rode on the fairground rides which he enjoyed the most.

Rupert was initially interested in the children’s Chair-o-Planes, yet ended up spending his entire ride allocation on the Austin cars and Toy Roundabout.

On the toy roundabout he was spoilt for a choice of vehicles and not knowing which vehicle to choose, he would settle himself in one only to then get up and test out another, always ending up in his original choice the fire engine!

It’s been years since I experienced the melting sensation of candyfloss and as no trip to a fairground is complete without it Rupert and I shared a candyfloss on a stick.

Rupert allowed me to eat most of the candyfloss as he was more interested in making his presence know by banging very loudly on a drum he came across!

By the time we were ready to leave Rupert was utterly pooped and hardly had the energy to finish his ice lolly which ended up mostly down the front of his dungarees!

We stopped for one last drink and for Darcie to have another feed before we made our way back to the car, playing in the dappled shade of the gardens once more.

At the time of our visit a number of the bigger rides were closed due to undergoing refurbishment, as was the café for the same reason, there was a food van to make up for this, serving burgers etc. however as we had packed a picnic this was not a problem for us.

Despite the museum not being fully opened, our time at Hollycombe was still enjoyable and worthwhile afternoon out for us, full of excitement from days gone by, best of all was watching it come to life through Rupert’s eyes.