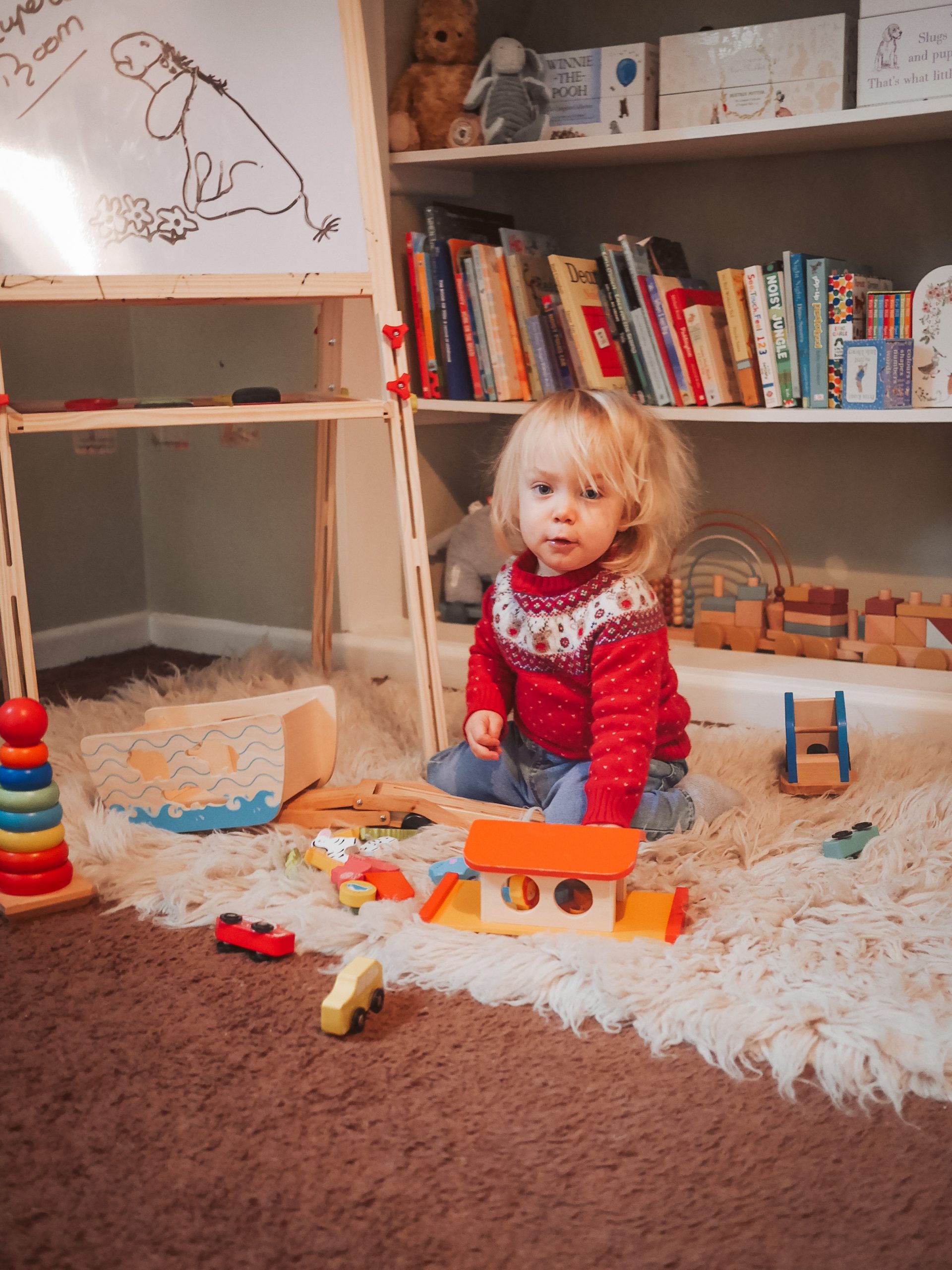 The power of childhood play has become extremely apparent to me since becoming a parent, as is when it comes to a child’s development through play, we help to encourage our children to naturally build essential skills such as emotional and social skills, creative thinking, verbal and nonverbal communication, empathy, self awareness, adaptability, problem solving and decision making along with many many other skill areas.

When my Dad asked me last Christmas for ideas for presents for Rupert, I was adamant that I did not want to have a stack of throw away toys, but toys that would (or wood literally), stand the test of time. I wanted Rupert to have wooden toys.

The result was that Rupert’s imagination was sparked as our family was introduced to the world of Jaques of London toys. Each toy set is beautifully packaged in it’s individual box.

Established in 1975, Jaques of London is the oldest games manufacturer in the world. Passed down from father to son over eight generations. During this time, Jaques have invented many games which many of us will know of and have loved playing with our own families, including Croquet, Ping Pong, Snakes and Ladders, Ludo, Tiddledy Winks and Snap to name only a few.

The family behind Jaques, like myself believe strongly in the power of play, and achieving quality family time together through play.

With Christmas just around the corner, and in case you are looking for some inspiration for the little people in your life, I thought I would share with you some of Rupert’s most loved toys from last Christmas and beyond which have come from Jaques of London.

Right now some of Rupert’s favourite toys in his growing Jaques toy collection include, his lorry and car transporter set (sometimes the cars even get taken to bed with him)! This set comes with four wooden cars, which slot onto the trailer of the lorry. I find this set is ideal for imaginative play, and we often sit and play, racing with the cars across the room. This toy set is perfect for hand and eye co-ordination.

Since last Christmas, Rupert has continued to enjoy playing with his Noah’s Ark. This toy really has provided hours of playtime fun. It was the first toy Rupert actively took an interest in playing with of his own accord. I love this toy for how I am able to use it to teach him about different kinds of animals. We often play with his Noah’s Ark alongside reading a book of his, about zoo animals and their associated sounds.

Not so long ago we had the bouncing bunnies set (we are now down to three bouncing bunnies as one bounced away in the move)! I find this is a simple yet wonderful sensory toy which helps to teach little ones about colour recognition and develop hand eye coordination as they have to place the sticks in the slots and push down to activate the springs to make the bunnies bounce.

The early years rainbow stacker, has been another fantastic toy to help with hand eye coordination and colour recognition, although we seem to have a ring missing since the move!

Most recently Rupert was very kindly gifted a wonderful easel which has given us all hours of fun and entertainment. We often draw a simple picture of an animal and get Rupert to guess what it is, his response is often in the form of the noise that that animal makes! I think this is such a perfect toy to encourage Rupert to be creative. One side is a white board and the other a black board, both of which are magnetic. The set comes complete with three empty paint pots, one pack of chalk, and two board wipers, and one pen.

Unfortunately Rupert is still developing his ability to draw on the board with the pen and as such has made a few alterations to the wooden surround and the walls in his room! I am not precious about the walls right now as we plan to paint them and I am not fussed with his inability to keep his creativity on the board for now at least!

Rupert has been busy counting his funds to see how many more toys from Jaques he can afford to buy.

Warning all this play time fun can be very tiring indeed, for all involved!

All the toys mentioned above from the wooden collection are of high quality and feature 100% FSC approved wood and water-based paint, making them perfect for hours of safe play.

If you would like to spark your child’s imagination with any of the toys from Jaques of London I am pleased to be able to offer our readers a 15% discount right here.